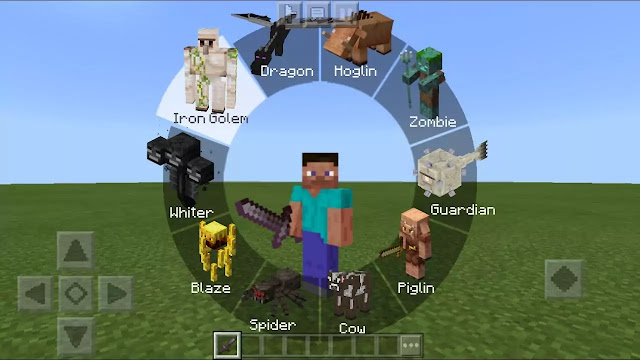 Every Minecraft gamers wants a good mod for there survival or creative world. Minecraft Pocket Edition mods have been there since the starting days. While the vanilla Minecraft is a popular game on its own, many gamers also enjoy adding mods like Morph Mod to their world for more excitement and variety gameplay experience.

Each mods has unique features in its own way. Some mods are really simple, only adding an FPS boost to the game, while others are a bit complicated, adding entirely new gameplay features to the Minecraft world. There are currently tons of mods available for Minecraft gamers to choose from. Here I’m going to provide one of the most popular Morph Mod for Minecraft pocket edition.

The Morph Mod allows players to take on the exact shape and abilities of various mobs throughout the game. This is going to be the perfect mod for players who want to trick their mates by turning into a creeper or any other mob in Minecraft. To morph into a mob you just need to kill a mob and you’ll get that mob’s special abilities and appearance in the morph menu.

With this md you can transform in any mob including Spider, Enderman, Piglin, Zombified Piglin, zombie, skeleton.

Follow the process mentioned below to download and install the minecraft mod in your Minecraft Pocket Edition.

Thats it now. Try this amazing Morph Mod and let me know how’s it? See you in a new article.

How to Play Among US in Minecraft