Minecraft Pocket Edition, also known as the minecraft Bedrock Edition, is the version that can be played on devices such as android or iOS mobile phones, tablets and consoles like Xbox and PlayStation.

Minecraft PE or pocket edition is mostly the same as the minecraft Java Edition except for a few small changes. Also there’s some benefit of playing on Minecraft PE like the ability of cross-playing across all the platforms.

So now we are ready for some Minecraft Pocket Edition multiplayer action, it’s time to drive into the universe of Minecraft servers. Minecraft PE servers, which have a lot of different mini games mode as well as tons of custom content, are the best way to explore the game in ways you have never experienced before. Also these servers are top bedrock server.

Here are the best five Servers for Minecraft Pocket Edition that you must check out. Minecraft pe servers list-

NetherGames is one of the biggest servers in the world for Minecraft PE which has a giant active community for users as well as regularly-updated content to attract more and more gamers.

This server offers a wide range of game modes including Skyblock, Bedwars, Skywars, Creative Plots, Duels and Factions as well as some unique ones like Murder Mystery. There are also regular contests and rank upgrades to win.

In this servers list the second one is FallenTech PE. It’s a great server to find out several different types of mini games. This game server comes equipped with Minigames like Prison, Factions. And also you can find Skyblock and Survival as well as PvP and Raiding game modes.

Also this mcpe server is avaliable on all version of minecraft including ols ones.

HyperLands is a Minecraft PE server that executes tons of minigames. It has lots of other game modes that include popular one like Skywars, Bedwars and a few distinct ones such as the Bridge, Duels and UHC Meetups.

HyperLands has an pretty active community of gamers with regular voting through which you can win in-game coins for the server economy as well as other rewards in the form of rank ups and XP.

CosmicPE is the Minecraft PE server that provides an immersive PvP experience by featuring game modes such as Factions as well as the most unique elements like the Warzone where players can engage in epic battles.

The server has tons of custom enhancements ranging from simple to legendary, and valuable combat-handling elements as well. Also it has a unique control panel for its players.

EmperialsPE is the most popular Skyblock experience you can get on a Minecraft Pocket Edition server. There’s unique challenge on the typical Skyblock is enhanced with the server’s own additions to the game mode.

With different modes such as Free Fly, Island HeadHunting, Slayer/Miner Minions and a great Trading System, the Skyblock experience in EmperialsPE server is one that you may not ever experienced before. 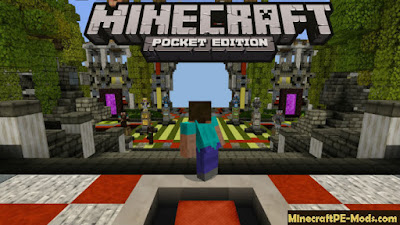 1) How to Get Hypixel on Minecraft PE?

Firstly you need to open Minecraft, then click “Multiplayer”, Click “Add Server”. Then, there will be two places where you need to enter details. In the name bar on top, you can just leave it as “Hypixel Server”, then in the bar below that, enter “hypixel.net“.

Joining a server from Minecraft pe (Pocket Edition), used to be a complicated process. But now you can easily join a server by signing in with your Microsoft or Xbox account.

3) What is the Hypixel server IP for Minecraft PE?

yes currently hypixel is avaliable in minecraft pe. So you can join it easily.