PUBG Mobile 2.0 may release as soon as next week, a news source has claimed. PUBG Mobile 2 is reportedly being developed by the South Korean giant Krafton that already took over publishing rights for the game in India from Chinese company Tencent. As of now, the developers released a cinematic trailer of upcoming pubg 2.0. After watching the trailer we can assume its a totally separate versions of pubg mobile.

Also a tipster, PlayerIGN tweeted that PUBG Mobile 2.0 may release next week. The source, citing a deleted Weibo post, also shared that the game’s plot will be set in 2051 and will bring brand new futuristic weapons, gadgets like drone, and a new map. It will be released on Android as well as iOS platform. Krafton, the developer of the game, is expected to make an announcement about this new version at PUBG Global Invitational 2021 tournament next week. 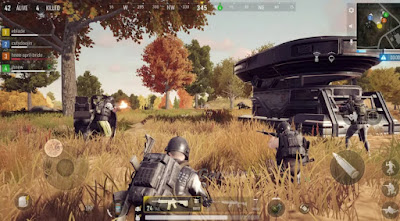 Few days ago, korean news media had shared a report from a Korean publication back in January that claimed that the PUBG 2 (PC and consoles) and PUBG mobile 2.0 are under development has been confirmed. The mobile version of the game, dubbed Project XTRM, was a sequel to PUBG Mobile, the tipster claimed. Now after watching the full fletched trailer we can assume both pubg and pubg mobile 2 is ready to launch.

Among tons of new elements there will be drones and deployable bunkers that will make the futuristic mobile game feel like never before. Currently, you have limited vehicles to hover around a place. A drone will either carry the player or can be used with a weapon integrated to it, or could even be used just for surveillance.

The ultimate battle royale mode, as we know it, will have a reimagined mechanism that players will need to get used to first, chicken dinner. This is also going to be a good news for rookies who are often outplayed by veterans in the game because they are not aware of the entire skillset. 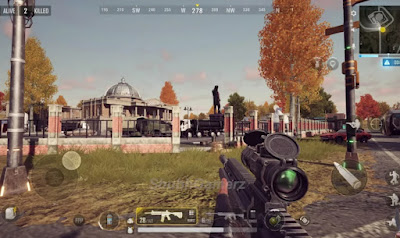 PUBG Mobile was banned in India by the government along with 117 other apps in September 2020 and its already removed from Google Play and App Store. Because of Chinese company Tencent’s involvement, concerns of privacy and security led to the game and other all117 apps being banned in Indian region.

Since then, Krafton, parental company of PUBG Corporation, has been trying to bring the game back to India. Now after the announcement of pubg mobile 2.0 all gamers across the country is so much hyped. Though the pre registration is not avaliable for india but still we can assume pubg mobile india launch is pretty obvious.

Officialy, it is not clear if PUBG Mobile 2 will come to India. The arrival of this upcoming new version of the platform title in India will rely on whether the game has any Chinese connections or not. And even if there are none, Krafton will have to get a clearance certificate from the Indian government. The current situation depends on the stalemate between PUBG Corporation and the Indian government over the launch of PUBG Mobile 2.0 in India, which is a censored version of the smash-hit PUBG Mobile.