Fortnite is the most popular battle royale game in America, and has a large and dynamic user base, and structured competitions. But over the past few years, various competitors such as PUBG and even CoD have released Their mobile version battle royale games.

As a result, Fortnite was also released for Android, with fans ready to compete within the familiar battle royale surrounds that they need played on PCs and consoles. Further, the one thing Fortnite has done brilliantly is that it releases an equivalent equipment, map and all other updates that it releases on the console like nintendo switch of the game.

This not only allows players to move on smoothly, but you don’t need to learn any mobile-specific game behavior as well, because it basically is that the same game!

The game is powered by Unreal Engine 4, the same mobile game engine that is used for some top games, users can log onto the same ID that they use on PCs or consoles, and play the game on the go. This not just improves the overall experience, but also allows them to play the game and complete all daily and weekly challenges while travelling. 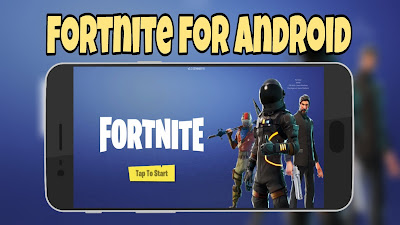 How to download Fortnite on Android Device Not Supported

To download the game, all you have to do is click on the link metioned below. And if your device and country is supported as of now, still you will be able to download the game. The basic version was around 4.88 GB, and the final version can be anywhere between 8.56 to 9.98 GB, depending upon the mobile phone that you have. iOS users have to download only 1.14 to 1.76 GB of data!

You can also install the app from play store or app store as the game is available on the botj google Play Store for android phone and app store for apple iPhone. It makes your job a bit easier as you get the direct install button. For samsung users to download the game now, you can also use the samsung galaxy store and easily play fortnite.

Although the minimum requirements for Fortnite mobile are a bit higher for both apple and google devices. Still the game is good to go for most of the mid-range phones. Currently 4 GB of RAM is be enough to run fortnite, and you must have at least Android 8 installed on your phone.

At the end the best way to install fortnite without any problem is epic games app itself. Simply accept some permissions like install apps from this source as the game is ot going to harm your device. After successfully installation tap open and THAT’S IT.

2 thoughts on “How to Download Fortnite on Android in 2021”