In November, pubg corporation announced that it is going to launch soon. The gamers have been eagerly waiting for the game’s comeback in the country, and developments over the past few days have provided them with reasons to rejoice.

Also, PUBG Mobile has launched a new website for India. PUBG players all around India are keeping a close watch on the relaunch of the game. Few days ago, PUBG Mobile India also posted the official teaser on its social media handles, which feature famous PUBG Mobile personalities Jonathan, Kronten and Dynamo.

According to a reports, PUBG Mobile will not be able to release in India until and unless the Central Government gives permission. However, this move by The Ministry of Electronics and Information Technology could go a long way in ensuring that PUBG Mobile India game comes back sooner rather than later for millions of gamers who are eagerly waiting for its relaunch.

PUBG Mobile India is going to make a grand comeback to the Indian market after being banned for a couple of months by the Government of India. The trailer for the India launch is fully ready and the game could be available to Indian gamers by the end of the year. Still now PUBG Corporation has not released any official statement about the Indian version of the game and it’s launch in India.

According to reports, also there are few changes in the gameplay for the Indian market. The developers have revealed that there will be not be too much bloodshed shown and the dresses and characters will be according to Indian cultures.

To build a healthy gameplay environment, in-game content will be improved and remaked to reflect local needs. Now the game will actively collaborate and leverage with local businesses to strengthen there services. Also the game now being set in a virtual simulation training ground, new characters automatically starting clothed, and green hit effects to reflect the virtual nature of the game.

PUBG Mobile India comeback was given a really massive boost as the Ministry of Corporate Affairs gave the approval for the registration of the company PUBG India Private Limited. According to Ministry, PUBG India private limited is listed on the Ministry of Corporate Affairs website. Which means that PUBG Mobile India is one step away from making a grand comeback. They also establishing a local office for the Indian subsidiary, which is located in Tata Silk Farm in Bangalore and hired over 100 employees to strengthen its gaming service. 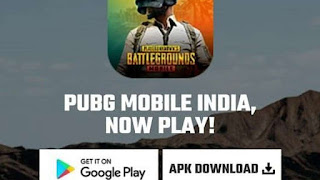 With the removal of the Chinese entity Tencent and with enhanced safety features and user data security, PUBG Mobile India is leaving no stone unturned when it comes to having a successful comeback in India. However, despite releasing teasers and reports of the game being launched in the near future, The game PUBG Corporation has not yet released an official statement.

Briefly, there was an APK version for downloading the mobile game for android and ios users which did not work. Also a pre registration started in tap-tap but its not verified by the local office the company.

Why is there no official confirmation? The main reason behind that PUBG is still awaiting Central Government permission. PUBG Mobile Indian version requires a green signal from MEITY (Ministry of Electronics and Information Technology).

The Indian government had banned PUBG along with others are yet to react on the PUBG’s new registered entity. This permission is very important as we all know it was that put the ban on the game so they are the ones to revoke it.

PUBG Mobile Indian Version: How to Transfer Your ID