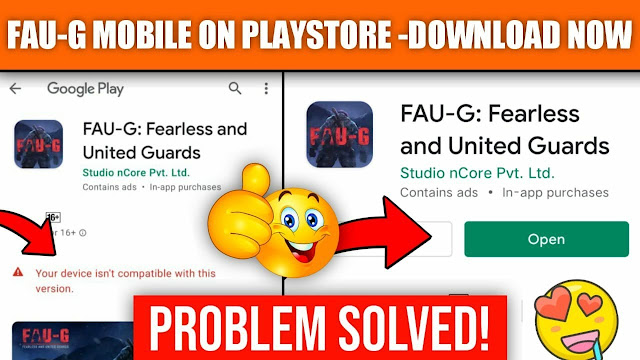 After three months of speculation and mystery surrounding FAU-G mobile, nCore Games have finally come out officially and made pre-registrations available on the Google Play Store. Soon it will also avaliable for app store.

This new game, promoted by bollywood actor Akshay Kumar, has been highly anticipated by the mobile gaming community in the country, if anything, out of sheer curiosity as to what FAU-G will bring to the table. It is a fully military-themed shooter that looks to depict real-life conflicts fought by the Indian Army.

FAU-G has been compared endlessly to PUBG Mobile from the begin, yet developers have remained consistent in their responses regarding comparisons. They have stated that the game has no intentions of competing in the battle royale game and is a single-player experience for now and not multiplayer, with ambitions of incorporating some co-op features.

FAU-G, fearless and united guards is now open for pre-registration on the Google Play Store, which will give all gamers access to the game ahead of launch when the Beta rolls out.

Also read: How to register for FAU-G mobile game on Google Play Store?

The game, for now, is scheduled for a December release, as is the case with most games that roll out for pre-registration. For a while, it seemed like the game publisher would be unable to meet the scheduled launch in november, but nCore Games has finally come through with the beta version.

Fans and all gamers will be definitely excited to see what FAU-G has to offer as it is quite easily one of the most widely-discussed topics in the Indian gaming community. The game will initially be a single-player module based on galwan valley with some form of co-op play that hasn’t been fully explained.

Players will have to wait for some time and see what nCore has in store when the game launches eventually. It is truly an exciting time to be a mobile gamer as PUBG Mobile is also set to make a return on android and ios.