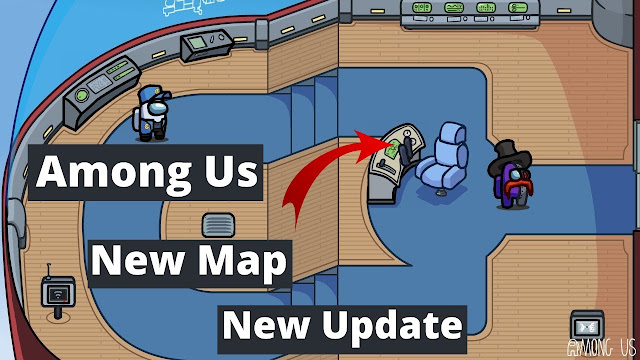 A new update of every gamer’s favorite murder-mystery game is about to begin.

INNERSLOTH, THE INDIE GAME STUDIO behind wildly popular sci-fi murder-mystery Among Us announced a upcoming update.

The dev team is expected to reveal A NEW MAP for the game during this ceremony, an update that it has teased for months now, it announced on 2nd December. The upcoming map has been said to be larger than any of the three current maps. And it’s inspired by Henry Stickmin themed, a series of interactive animated shorts created by InnerSloth dev Marcus Bromander.

But there could be even more news in this update for the millions of diehard Among Us fans that have been playing the game incessantly since its serendipitous rise to fame in the summer of 2020.

AMONG US New Map Release Date

Developers Innersloth teased a snippet of the upcoming map on a new Twitter account it made specifically for Among Us and told its followers to “keep an eye out for The Game Awards,” which suggested a full reveal of the addition will be shown off at the event.

The developer previously tweeted that the new map was “going to be bigger that Polus,” the largest of the three existing Among Us stages. The dev also revealed that the area they showed off is a near-replica of a stage from Henry Stickmin and they even teased some themed skins to stir up more hype.

With the new map fans could also get some news about the upcoming friends list update. Patch notes released in early December 2020 state that an in-game account system would arrive by an unspecified date in January to make it easier to report accounts that are toxic and/or hacking.

InnerSloth devs previously stated that an account system would be key to bringing the game to consoles. They also introduced a anonymous voting system. With these updates the dev team also announced a in game voice chat feature to stop the discord cheats.

soon the game will bw avaliable for the Play station and Xbox. For now AMONG US IS AVAILABLE FOR PC, IOS, AND ANDROID.

Among Us How to Play it | Tips And Tricks

How to Get Imposter Every Time in Among Us

How to use among us blank name

One thought on “AMONG US Update: NEW MAP AND Game Modes”