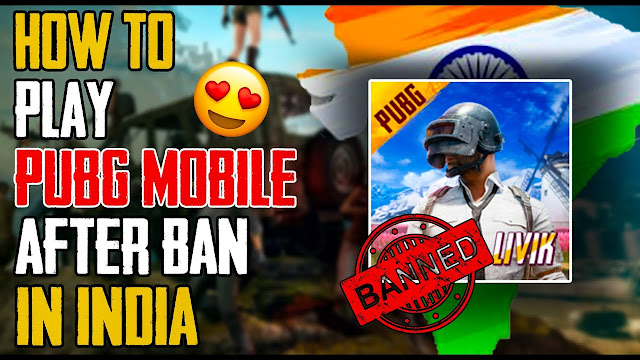 How to Play Pubg after Ban?

We brought to light that despite the ban India continues to play pubg and how its still playable. Now we see an official government response to the matter. “We will need to see what percentage people are using the app through these means then take a call” he said. “We can’t stop APK download the game etc completely, since there are so many websites which host them. If the most of the users in India are unable to use it and only a couple of are using it through virtual private networks, it’s not a serious concern, since it’s not defeating the aim of the ban.”

As the government official rightly pointed out that stopping APK downloads is not possible as every time a site Is shutdown, another one will be created.

How is the game playable post ban the pubg?

The game is currently not available on google play store to download in android mobile and pubg mobile is also not available in App store. It is only downloadable through APK file. Then using third party apps to ban VPN concealing the country of origin, PUBG can be played and updated without hassle.

Important thing to note is that the PUBG servers of India are still live which is why players can connect and play. PUBG is not obligated to switch of its servers, there are other ways to completely ban the app.

“To ensure the effectiveness of the ban, the government must instruct the companies to close the servers of the game in India and mandate internet service providers (ISPs), smartphone makers, and domain name system (DNS) hosting services to block PUBG Mobile-related addresses until further notice,” he said. Which basically means that if the government wants to ban the app completely and make it unplayable, they can using these methods.

Check out two ways you can play pubg after ban

The reality of the ban is that it’s mainly impacted only the esports side of PUBG. this will be said simply because of the very fact that casual players can still still play the game without consequences, even if it is deemed illegal to do so. On the other side pro teams and organizations cannot continue to play, they could face legal action if caught promoting and playing PUBG as an organization.

We saw that in a retaliation from tencent games, Indian players were banned from playing at major tournaments PMPL and PMCO, even though Indian teams had qualified. Teams were hoping to relocate outside India just to play the tournament. The revenue gained from PUBG prize pools for Indian teams has been an enormous amount, which has been a loss to the community who are now looking into other avenues to earn.