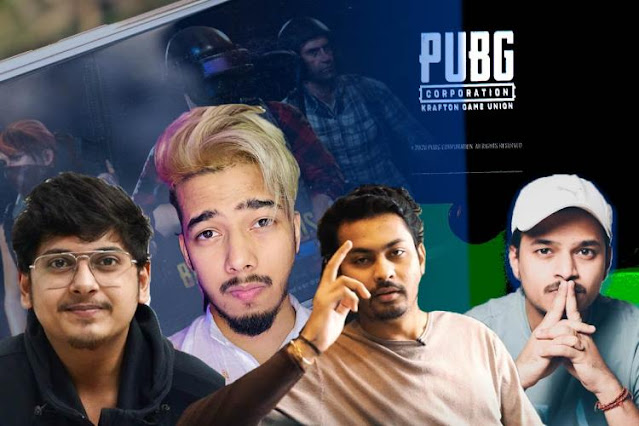 The ban on PUBG in India continues as players hope for the un-ban to get back to gridding to play and participating in tournaments. Players have left boo camps and are playing alternate games for fun, here are the top 5 players of PUBG and what they are playing now.

Naman Mathur or better known as Mortal is a 22-year-old PUBG Mobile player based out of Mumbai, India. He is one of the most popular PUBG Mobile player from India. His name Mortal started becoming popular after he began uploading more and more PUBG Mobile videos. Mortal is the conquerer player of season 3, and his e-sports team SOUL won the PUBG Mobile India Series 2019. Naman Mathur is best known for his 1000 level IQ, high reflexes, and pro-level gaming skills. He has a YouTube channel name Mortal, where he streams PUBG Mobile games nearly 3 times a day. No doubt SOUL Mortal is considered to be one of the best PUBG players from India and his skills make him one of the best PUBG players in the world. Mortal has been mainly playing Free Fire on his streams.

India’s best PUBG Mobile player, and Jonathan Amaral has proved time and again that that name is his. The 19-year old player is almost always in the top 5 fraggers list in every tournament he participates. Recent performances include being the top fragger at the PMIS 2020 finals and the PMPL South Asia League Stage.He has gone toe to toe with some of Asia’s best players ranking 4th in terms of highest kills in the PMCO Global Finals 2019. Post PUBG ban he is seen playing COD mobile, GTA 5 and lately Getting over it.

ScOut is one of the most recognized names in the Indian PUBG mobile community. He currently plays for Fanatic. Tanmay Singh as he is known in real life has amassed Rs. 46 lakhs from tournaments alone and has a massive online following with 1.2 million Instagram followers and 2 Million subscribers and 224 million views from streams and videos combined on YouTube. He has been a mainstay in PUBG Mobile Esports throughout its integration in India and is probably the best frontline assaulter to grace the game and is currently at a loan with Orange Rock from Fnatic. Sc0utOP led Fnatic to a 2nd place finish at the recently concluded ESL India Premiership 2020 Summer Season: Finals. While we all know that he is an insanely talented player in the mid and long range, whether the super team will work is something that we are yet to find out. Scout has been playing an array of games, both PC and mobile, he is seen playing CODM, Valorant, Fall guy, Among US and Free Fire,

The 16-year-old prodigy has also previously been a part of two of India’s top teams, SouL and 8bit. He joined Team SouL a week before the PMCO South Asia Finals and had very little time to blend in. However, his amazing performance inspired SouL to the crest of a wave as they finished in the top two in the tournament, meaning that the team advanced to the Global Finals.

ClutchGod has more than 200k Subscribers on his Youtube Channel. And more than 300k Followers on his Instagram account. Ever since the ban Clutch god has not streamed PUBG, we think he is taking a break from playing altogether.

avi is one of the top 5 pubg mobile assaulters of India. Mavi has won many pubg mobile tournaments. Mavi is also considered the best IGL (In-Game Leader) in the PUBG Mobile

Like most of the streamers Mavi also used to play PUBG MOBILE for fun in the beginning. But when he found his talent in his gameplay, he thought of playing tournaments. Mavi then started playing custom games. After passing out the 12th class, Mavi gave his full focus to the pubg. Mavi later joined the Orange Rock team where he was seen playing the role of IGL. Mavi won his team OR many trophies and made his name famous among the people.

Also Mavi played the pubg Mobile World League in 2020. In which his team achieved the 2nd rank. Mavi’s team also included Scout, Anto, Gill, and Daljeet. Post PUBG he has been playing Rocket League, Free Fire, fall guys and among us!

Despite of Pubg Ban You can Still Play : Indian Government