The Last Of Us Part II review: A world without heroes

The beauty of The Last of Us was its sense of wonder, discovering a society broken and a world taken over by nature. Its narrative of a zombie outbreak, framed through the experiences of a young girl, Ellie, was ground-breaking storytelling. It was hard to tell if either the mindless fungi zombies — better known as the Infected — or the surviving humans — driven to violent desperation to stay alive — were the real monsters.

Where The Last of Us 2 held a sense of hope and wonder, its sequel is that hand that drags you under the waters and shows you a very gritty reality.

The Last of Ust Global, directed by creative director Neil Druckmann (Uncharted 4: A Thief’s End, The Last of Us), is set five years after the events of the first game and around 25 years after the outbreak of the Cordyceps Brain Infection. Ellie is now 19 and, while surviving is hard in the settlement in Jackson County, Wyoming, it is life as usual.

While on patrol one day, things go horribly wrong, as they do. Sending Ellie on a mission of revenge deep into the heart of Seattle as she faces off against a mysterious cult, the Seraphites.

Players have become numb to zombies and horror; we are literally living through a pandemic that’s raging across a world that feels broken. We speak of the infected, and those we’ve lost in our own lives, every day.

But that doesn’t dull the horror of The Last of Us Part 2, as Halley Gross backgrounds the details of a fallen world while focusing on the deadly results of dehumanizing our enemies. Games teach us that people who stand in our way can easily be dismissed as simple obstacles, not real people with their own internal lives. And thats why its became the fastest-selling PlayStation 4 exclusive. Other open world art forms do this to different degrees, of course, but video games make you pull the trigger yourself. 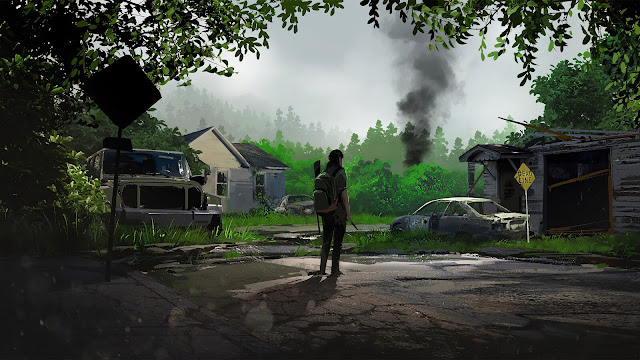 ELLIE and Joel CREATING A WORLD WITHOUT HEROES

The game’s biggest twist continues the cycle of violence nature of the game’s story: There is another version of the same game you’ve been playing, buried in the middle of this story and not discussed by reviews under strict orders from sony and developer Naughty Dog. Except this time you play as the “villain,” Abby, and see the world from her point of view.

Abby makes a lot of sense as a character: She lost her father to violence, done by someone who believed they were justified in their actions, and now wants revenge for that wrong. She trains to become a talented and tenacious warrior, assisted by a likable group of friends from her community.

Abby then spends a good portion of The Last of Us Part 2 watching those friends be killed by the other group of survivors, as well as Ellie, the young girl who Abby believes is at least partially responsible for her father’s death. Of course she wants to go on the offensive and take out Joel, and later Ellie herself. These are the people who have taken everything from her; they must be dealt with.

The story has all the makings of, well, a AAA video game. Our villain, in another version of the game, could have been our hero.

Which is why Ellie and Abby are two sides of the same coin, doomed to be flipped forever. One will always have to be the head to the other’s tail, balanced perfectly, as they consume the world to get back at the other — an ouroboros of self-righteousness and pain.

And this is the scary lesson that Naughty Dog is trying to teach us, I think: Either Abby or Ellie could have been the series’ protagonist or antagonist; it’s just a matter of where the story begins and whose point of view we’re introduced to first. 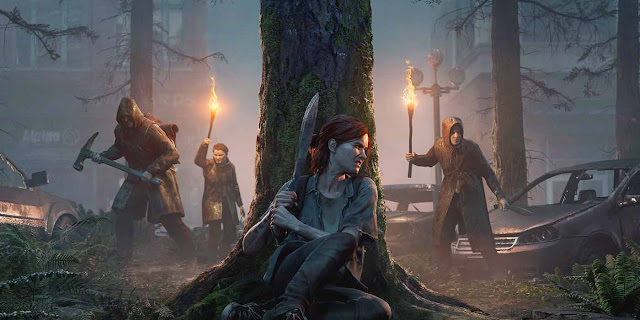 If a player approached this game fresh, starting from Abby’s portion of the game, I imagine they’d be surprised to know the vicious murderers who are killing her friends — one of whom is pregnant — who killed a companion dog, and, mostly importantly in her own mind, killed her father due to his efforts to literally save the world are considered the “heroes” of these events. By any definition they should be the bad guys.

The Washington Liberation Front, informally named the Wolves, is a militant paramilitary organization that exists in The Last of Us Part II. Part of what makes the game so exhausting is that Naughty Dog forces us into the role of semi-omniscient presence. The player experiences the trauma, horror, and exhaustion of Ellie, then goes through similar experiences, but through Abby’s eyes, before being forced to fight Ellie, the person we had considered to be the hero up until this point, but who now we may want dead.

This is the possible cruelty of video games, used to beat players over with the head with the game’s message. You may want to lose the fight to Ellie because you care about her so much after spending so much time with her across two games, but you can’t complete the level, which means you won’t see the rest of the game, until you punish the franchise’s “hero.”

This is the same mechanic from the first game: You can’t complete or continue until you kill the doctor. It’s not about what you want at all; you have no say in any of this. You’re, at best, a witness who has to do everything these characters ask of you.

The opening of Wolfenstein: The New Colossus does something similar when the hero’s father forces that hero, and you as the player, to shoot a beloved dog. You can close your eyes and a movie will still play, and you can skip a few pages during difficult scenes to see how books end, but video games can come to a dead stop until you’re willing to pull the trigger.

You don’t have to witness the moment if you don’t want to; you can close your eyes and turn the volume down. But you know what it means to pull that trigger, and you can’t see anything else the game has to offer until you do. You pull the trigger.