PUBG Mobile always tries to add new dynamics to the game to enhance the playing experience. Recently, a new mode called ‘Payload Mode 2.0’ was launched in the beta version of the game with helicopters, nuclear plant and many new weapons including at4-a laser tracking missile.

The new mode was appreciated by a lot of players. Now, some leaks are surfacing online about an upcoming Payload Mode 2.0 in the global version of the game. All these leaks are discussed in this article in a detailed manner. Also you can enjoy improved graphics like water reflections in this mode.

Leaks are surfacing online about a brand new game mode coming soon in the global version of PUBG Mobile. This new payload mode will include weapon prepared vehicles, new helicopters, soldier radar, explosion proof clothing and many more. After game for peace, The mode has already released in the beta version of PUBG Mobile.

In the new Payload mode, players will get the chance to see new vehicles, including modified Dacia and advanced UAZ. The vehicles will be equipped with much more advanced weapons like Flamethrowers, Rocket launchers, and machine guns. It will give the players a whole new battle royale games experience. Infact, many players are eagerly waiting for this mode in the global version of the game. 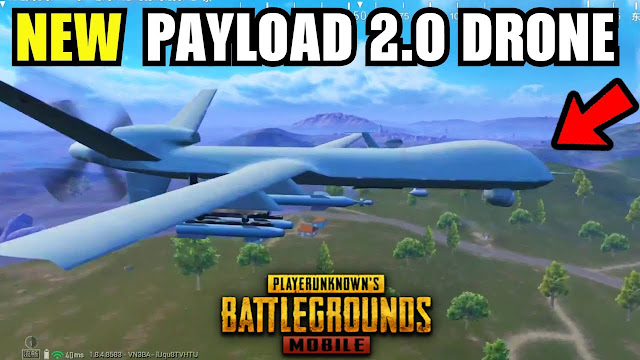 The best part of the new Payload mode 2.0 mode is the introduction of flying drones in the game. Any player who finds a drone can control it with remote control on his screen. It can be used to terminate enemy players holding any compounds or running in open areas.

PUBG Mobile 1.0 update will release in global version on 8th September and will feature the Payload 2.0. Several features like the Infection mode and the revamped version of erangel 2.0 map have been added to the latest beta version.