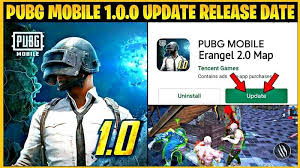 PUBG Mobile is gearing up for a massive update in the form of the PUBG Mobile 1.0. Launching on 8 September, the update marks a new era according to the gaming company. The details of the update were shared through The NEW ERA live stream video on YouTube on Monday (24 August).

The 1.0 version will bring up to 30 per cent improvement in the frames per second rate, it will reduce lag up to 76 per cent and a file cleaning function is also on its way.

This will be the biggest update rolled out since its launch and will completely reformulate the interface. Also after season 14 the new season 15 is coming with this update, season 15 royale pass leaks.

The menu in the Mobile version of the game has been redone, now featuring three sections – Social, Game and Store. The number of options below the three sections are going to be reduced from the earlier versions in a bid to make the game more compact. 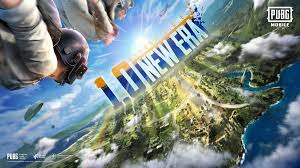 The upcoming update will see a revamped lobby that has become more interactive to enhance user experience. A multi-screen switching mode has also been placed to make the game look cleaner. The entire game on Mobile will get improvements in its “interactions, motions, visuals, and sound effects,” According to the patch note.

The characters in the game are also expected to become more realistic, with the use of spotlight projection, physical rendering system and image-based lighting. The creators have worked on new animations from scratch to present notable changes in the avatars in this revamped version.

In order to give “unprecedented, high-quality experience” to mobile players of PUBG battle royale, new shading techniques have been used to make light transmissions more exact in the maps’ environment. This has been possible by updating the game’s engine.

With the Erangel 2.0 map, The update will bring Certain new visual effects like smoke, air blasts and muzzle flashes will be available with the new update. This features are also avaliable in the BETA version.

In addition, Tencent Games also announced PUBG Mobile World League (PMWL) and World Championship will combine into PUBG Mobile Global Championship (PMGC). PMGC will bring teams together from the Americas, Europe, South Asia, Southeast Asia, the Middle East, and China to compete for a prize pool of $2 million. Due to the ongoing COVID-19 pandemic, however, Tencent Games said it’s not sure if fans will be able to attend in person, but if things improve, fans will be invited to the event, which takes place in November.