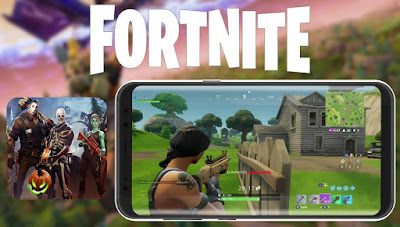 Fortnite client update is pivotal to ensure that your game stays up to date with the latest features that are sent out by Epic Games.
To update the game, boot up your Epic games launcher on your Android/iOS device where you will have two options. One is to uninstall Fortnite from your device, and the other is to launch the game as seen in the image below.
When an update is sent out by Epic Games for Fortnite, the ‘Launch’ option (highlighted in yellow with a red border) will change to the ‘Update’ option. To update Fortnite, simply click on the ‘Update’ option.
The game has to be updated as soon as it is released, or else players would not be able to enjoy the new features. Epic Games also does not allow players to play their game without a Fortnite game client update.

How long does a Fortnite update take?

There is no singular answer to this question. A Fortnite update works in a three-step process: it gets downloaded, is read by your device and is written while the update takes place.
The downloading part depends on one’s internet speed. As for the other bits, they depend upon how powerful your Android or iOS device is.
Devices with more RAM can compute the data that has been downloaded at a faster rate, in the process ensuring a swift installation of files. Older devices or devices with software/hardware problems may take longer to finish the entire process.
For those who haven’t yet downloaded the game, here is the link to download it on Android devices: Fortnite Official Download For Android